Which Problems Can Arise When a Married Couple Chooses to Live Separately? 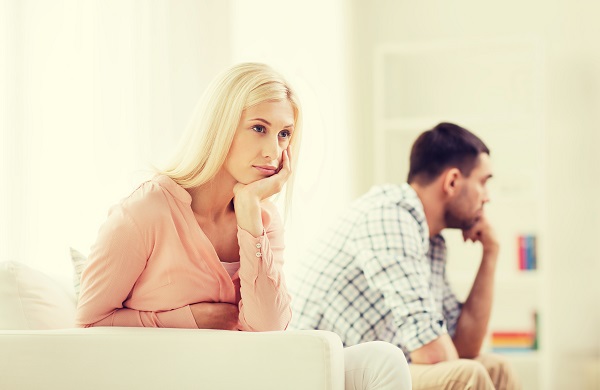 When there is breakdown of marital relationship, it is common for one spouse to move out of the marital home. The spouses might live apart from each other for a few months or even a few years before any of them starts the legal process for the dissolution of marriage.

However, Legal Separation and living apart are not one and the same thing. Legal separation is recognized in a few states. A court proceeding might be filed by a spouse in order to get an order – that declares that the couple is separated legally. While the spouses still stay married to each other, an order is issued by the court in relation to matters like property division, social support, child support and custody of children.

Living Separately – Which Problems Can Arise for a Married Couple?

When a married couple prefers living separately, there can be quite a few problems arising on the way:

The longer that one spouse lives separately from the other the divorce proceedings can get more complicated when application is filed for dissolution of marriage. In a few cases, a petition may be filed with the court for payments related to domestic support, without filing for divorce. One of the spouses may petition to the court for spousal support or child support in case there is a need for the same and if the other spouse is capable of paying for the support. A decision is taken by the court on the basis of what is legally regarded as proper, in the light of the facts and circumstances of the case.

In some cases, one or both of the spouses might move to some other state while being in a state of legal separation. This can introduce more complexities in obtaining a divorce. There can be problems arising in relation to marital assets and debts when spouses live apart from each other for many years, prior to filing a divorce petition. The assets that are acquired after separation might be regarded as marital assets, and these could be divided at the time of divorce.

While living apart from each other, spouses might date others when still being married. The state of Florida is a no-fault divorce US State. Thus, generally, adultery is not taken in consideration when spouses file a petition for marriage dissolution. In some cases, however, there could be a negative effect on divorce when spouses date other people while being separated. For instance, if a woman gets pregnant while living apart from her husband, the husband might be regarded as the legal father of the child. The alleged father, father or mother would have to file a patent action in order to determine who the actual father of the child is and has legal parental rights.

In case you are not sure whether living apart from your spouse might have some negative impact for a divorce petition, you might like to get in touch with a divorce lawyer and have some consultation prior to moving out of your marital home. You may download a separation agreement template if you are looking for legal separation in Florida.

THE ROLE OF PERSONAL INJURY LAWYER

Dealing with sexual harassment at work? Here’s when to get a lawyer involved.

Dealing with sexual harassment at work? Here’s when to get a…